Recent Polls POSTED BY MARKETING
ON 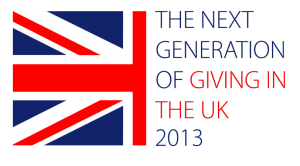 London (24 April 2013) — UK not-for-profits are facing a generation gap in fundraising, according to a new report launched today by software and services firm Blackbaud and consultancies Xtraordinary Fundraising and Stratcom.

Not enough is being done to address a potential long term donation deficit, with Mature donors giving on average 27 per cent more each year than Generation X and 38 per cent more than Baby Boomers.

The Next Generation of UK Giving report surveyed 1,498 UK donors across all generations about how they donate to and engage with not-for-profits. It revealed that Mature donors are also more loyal to those causes they support, with almost 30 per cent having donated to their causes for between 10 and 15 years and 16 per cent for more than 20 years.

Whilst the Gen Y age group donates the least they are the age group most likely to volunteer for a cause (29 per cent) and to attend and organise events (16 per cent). They are also the most engaged in participating online and sharing actions with others online, with 27 per cent following a cause on a social network to stay informed and 25 per cent sharing a cause’s online content with others.

“There is no ‘one size fits all approach’ to fundraising for not-for-profits, and the key to successful fundraising and engagement with supporters of all generations is to be multi-channel,” said Martin Campbell, Blackbaud Europe’s director of strategy and innovation. “Every generation uses every channel, they just do so in different ways. Adopting an integrated and multi-channel approach will play a major role in bridging this generation gap, targeting the right people, at the right time via the most appropriate channel.”

Deanna Bickford, senior consultant at Stratcom, added: “Although Gen Y donors continue to lead the way for online engagement and the use of social media to promote causes, the generational differences with regard to other online activities were not as great as one might expect. Middle-aged donors appear to respond well to online advocacy, video and podcasts.”

The first engagement a not-for-profit has with a potential supporter is critical and 27 per cent of UK donors revealed that peer-to-peer communication is the way they learned about the causes that they give to, whether in–person, through email, or via social media. Mainstream media – radio, television and newspapers – also plays a major role with 15 per cent saying it was most important.

The most common ways for UK supporters to donate were at a shop counter (45.4 per cent) and a charity shop gift (44.7 per cent). More than one-third of UK donors make donations through monthly direct debit, rising to nearly half (47 per cent) of Matures, making that age group twice as likely as Gen Y donors to give monthly. Donating via a website is not just restricted to Gen Y donors, with Mature donors almost equally as likely to donate online.

Due to the number of donors within these age groups, Baby Boomers and Gen X are potentially the most valuable to the third sector and the report recommends that UK not-for-profits pay close attention to their giving and communication preferences.

“Generation Y are the donors of the future and not-for-profits should be embarking on a lifetime’s journey with them, educating on the importance of fundraising and engaging them online and via social media,” said Stephen Butler, director at Xtraordinary. “But bridging the fundraising generation gap will not be achieved by targeting Gen Y donors, due to their limited giving capacity. Not-for-profits should be targeting Gen X and Baby Boomers, as these donors represent the greatest opportunity for revenue growth in the next few years. Either age group could surpass Matures in total giving, by either finding 3 per cent more donors or by existing donors increasing their average gift by just £12 annually.”

Other key findings include:

The Next Generation of UK Giving report was developed by Blackbaud, Xtraordinary Fundraising and Stratcom. This survey was conducted by Stratcom from November 2nd to November 5th, 2012, using a proprietary panel, resulting in 1,498 interviews. To qualify, respondents had to have donated money to a not-for-profit organisation or charity in the past 12 months (excluding trade unions, schools or places of worship).  The full data set, including those that were disqualified, was weighted to match the regional, gender-age and Social Grade demographics in the UK.