Blog, News POSTED BY MARKETING
ON 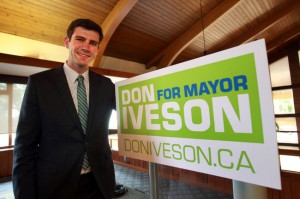 We would like to congratulate our client Don Iveson for his successful campaign to become the new Mayor of Edmonton. It was an overwhelming victory, one that was not predicted by many initially.

Don is a forward thinking leader and will undoubtedly play a leadership role in the progressive municipal movement in Canada. He ran a completely positive campaign with a platform focused on improved infrastructure, affordable housing, and a “culture of innovation” for artists and entrepreneurs, while offering a new and refreshed way to improve the city’s administration. Don is also known for his strong environmental positions.

We would also like to congratulate Chris Henderson, Don’s campaign manager. Chris ran a very strong campaign mobilizing and motivating the massive support in Don’s favour.

We were pleased to be able to provide polling, consulting, voter contact and get-out-the-vote services to the campaign. The election of Don Iveson marks the 11th time Stratcom has played a strategic role in a successful Canadian mayoral campaign.

Don’t be Afraid to Trade!
Congratulations to Projet Montréal and Chris Wilson and Bonita Zarrillo in Coquitlam