Amnesty International is known for it’s clear campaign focus and 40-year tradition of non-partisan citizen engagement. But its mission has been evolving rapidly since the collapse of the Soviet Union and the events of September 11, 2001. The organization felt it needed to re-align its identity, program, and public ‘brand’ in order to maximize its effectiveness.

Strategic Communications was hired to produce a new, stand-alone ‘umbrella’ communications plan for the Canadian arm of Amnesty.

We facilitated an internal brand analysis and followed that up with an extensive series of focus groups to investigate the perceptions of donors and the sympathetic public. We then produced a comprehensive communications plan to guide Amnesty’s public engagement and campaign work, including a clearer definition of their target audiences and positioning, an overarching message box and visual look, new logo and taglines, and plans for the reorganization of their special events, ongoing campaigns, media relations, and donor relations. 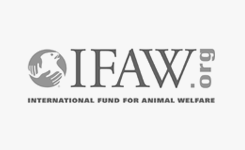