Women working for Bell Canada won their fight for pay equity in 1988, when the courts ordered the company to comply with federal legislation guaranteeing equal pay for work of equal value. But somebody forgot to tell Bell corporate executives, and for another decade they collected interest on the $400 million owed to working women while paying their lawyers to appeal all the way to the Supreme Court of Canada.

In 2002, the union representing Bell employees — the Communications, Energy, & Paperworkers Union of Canada (CEP) — decided to finally break the logjam.

As part of a renewed campaign that launched at the Bell shareholders’ meeting in May of that year, the CEP hired Strategic Communications to produce a campaign image and message, backing grassroots mobilization and paid media. CEP members mobilized at company offices across the country, generating new public awareness that culminated in a massive demonstration, at the Bell Canadian Open Golf Tournament, to ‘point the finger’ at Bell’s shameful behaviour.

In Stratcom’s first significant partnering with Pivot Design, we developed a campaign name (‘Fairpay for Women at Bell’) and logo that later appeared on everything from stickers and giant banners to leaflets, posters, and golfballs. Succinct and clear messaging was encapsulated in an eye-catching campaign brochure, and this bright, ironic billboard was mounted on a truck to cruise city streets and Bell corporate offices. A website (www.fairpay4womenatBell.ca) rounded out the communications suite, giving members and the public a clear focus for the campaign. 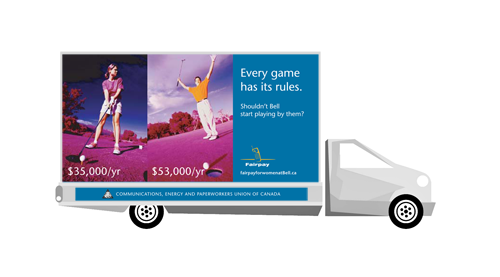 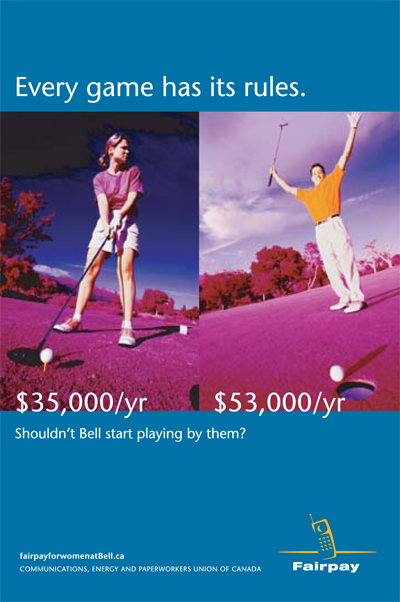 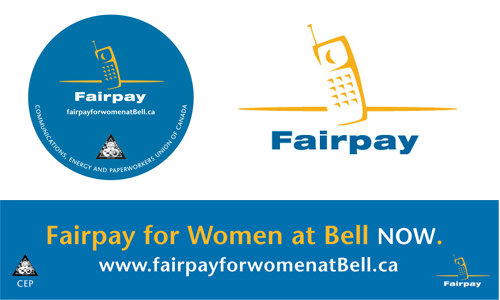 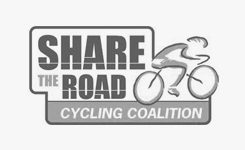 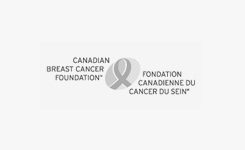