Stratcom and Vision Vancouver worked together for over a year to develop and implement a robust and sophisticated multi-channel, multiple contact campaign, using Stratcom’s opinion research and microtargeting scores as a basis for many decisions and activities.

Stratcom’s approach to Vision Vancouver’s 2011 election campaign was to develop voter contact and GOTV programs that were a hybrid of:

a) the traditional Canadian model of focusing on IDing supporters in a campaign and then GOTV pulling those supporters on E-day, and
b) the modern American model of heavily outreaching (including large volumes of direct mail) to voters with positive microtargeting scores during campaign, combined with a massive GOTV pull of contacted and un-contacted voters with supportive microtargeting scores that had been proven to be accurate predictors of Vision support by the results of Vision’s voter contact efforts.

On Election Day, Vision Vancouver pulled 50,222 identified supporters and just over 25,000 additional uncontacted voters who were assigned the top three microtargeting scores that predicted them to be supportive even though the campaign hadn’t been able to speak to them. This gave a total GOTV universe of over 75,000 voters, allowing a larger reach into the electorate than would not have been possible using traditional methods. Once the polls closed and the ballots were counted, Vision Vancouver elected its Mayoral candidate, all seven city council candidates, all five school board trustees and all five park board candidates. In the 2011 election, all of the candidates that Vision Vancouver fielded were elected and its voter contact campaign was widely credited – internally, by opponents and the media – as being a key element of our success.

Vision’s mayoral candidate, Gregor Robertson, received just under 77,005 votes, and the Vision candidates who topped the polls on each board received between 63,000 and 77,000 votes. Without a doubt the vast majority of votes for Vision Vancouver candidates were indentified and pulled on Election Day by the Vision campaign. 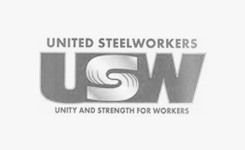