Pipelines and tankers have become one of the most pressing issues in British Columbia (BC), according to recent polling that Stratcom conducted for the Living Oceans Society.

For BC residents living along the proposed Kinder Morgan pipeline route, the issue of pipelines and tankers (14.1%) was ranked virtually neck-and-neck with the economy (14.9%) as the most important issue in the province and above healthcare (12.2%) in the third spot. 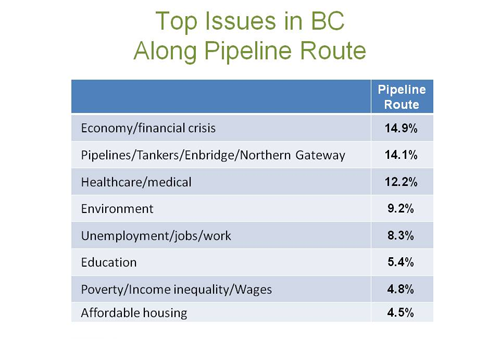 This poll was one of the first to look at both the Northern Gateway pipeline proposal and the Kinder Morgan pipeline simultaneously. There have been more polls on Northern Gateway given its stage in the application process.

Regardless, both pipeline proposals are showing signs of dwindling public support. According to our polling, 60% of British Columbians are either ‘somewhat’ or ‘strongly opposed’ to the Northern Gateway proposal, while 47% are either or ‘somewhat’ or ‘strongly opposed’ to the expansion of Kinder Morgan’s Trans-mountain pipeline.

Such strong opposition to both pipelines is interesting given that the Kinder Morgan proposal is seeking to expand an existing pipeline, while the Northern Gateway pipeline will involve bringing oil to the northern coast where such infrastructure and traffic is limited. High levels of concern for spills and leaks from pipelines and tankers, as well as overall environmental damage can explain why opposition to both projects is high. 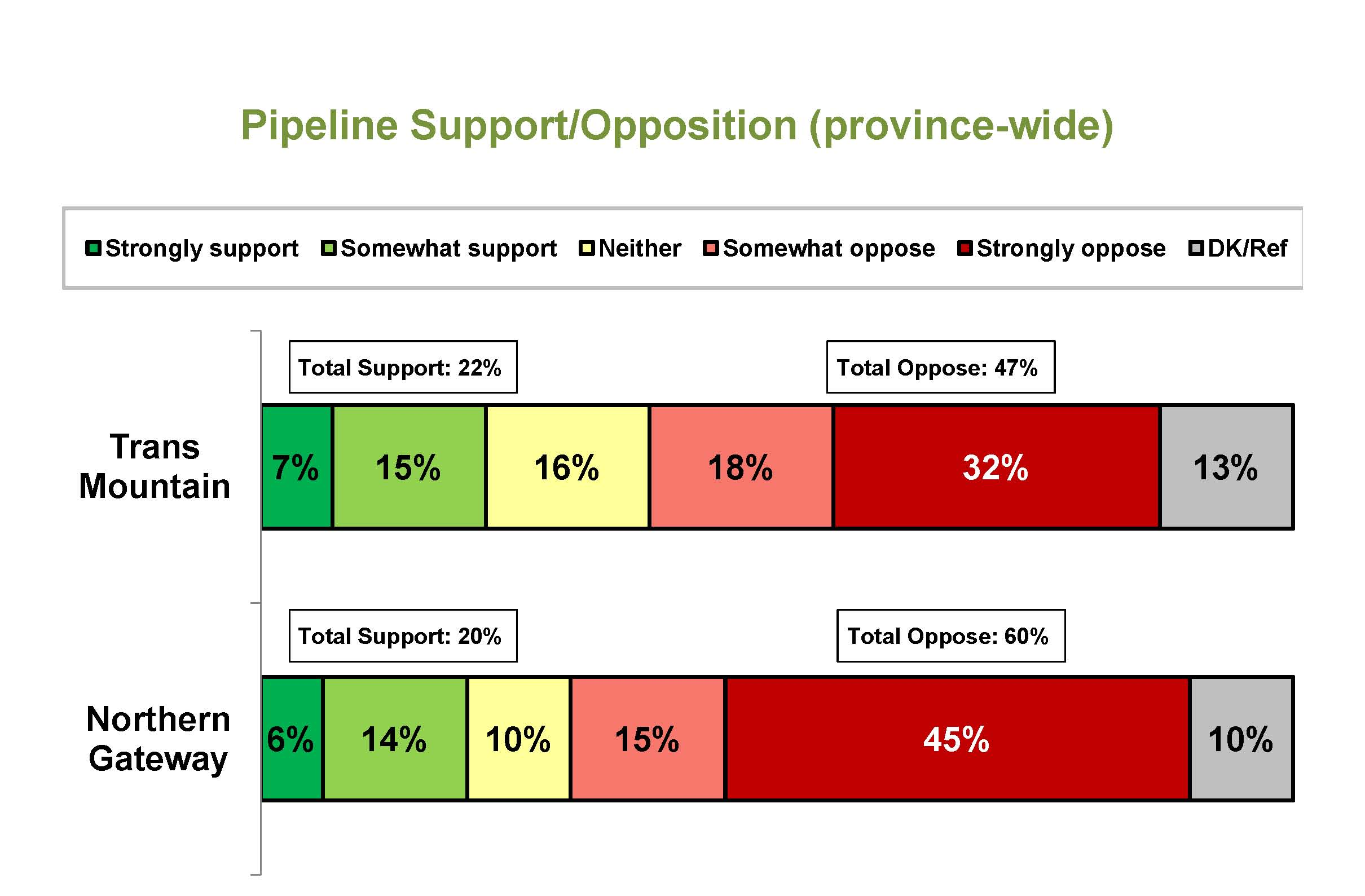 When asked what they were most concerned about the top three answes were in the following categories 1) oil spills/leaks (57%) 2) damage to environment and people (42%) and damage to water/coast/oceans and marine life (15%). 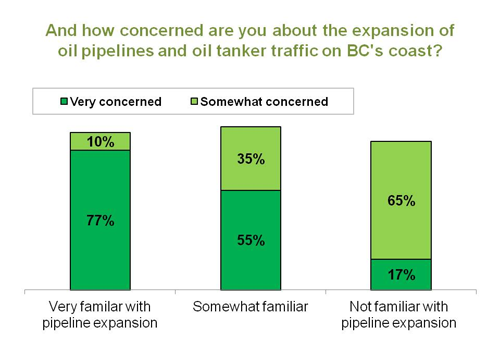 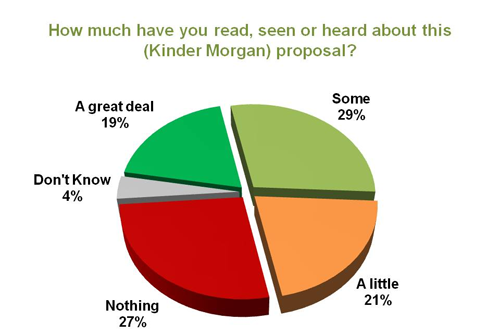 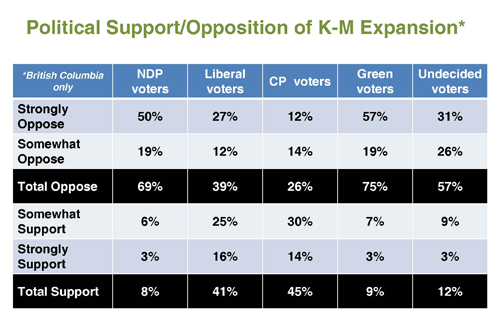 While opposition is strong across the board, Federal Green and NDP voters are most likely to oppose the Kinder Morgan pipeline expansion. Among those who say they are undecided, opposition is high as well at 57%. We can see that opposition to the pipeline is growing even in some surprising places. 26% of Federal Conservative voters in B.C. are opposed to the Kinder Morgan proposal and much more (37%) are opposed to Northern Gateway. Given that the Federal Conservatives have been staunch supporters of pipeline expansion this could mean risky business for their voter base in BC.

One was fielded online August 8-10 to a representative sample of 1,012 adults province-wide. A probability sample of this size would have a margin of error of +/- 3.1%, 19 times out of 20, had the entire adult population of British Columbia been surveyed.

The second sample was fielded by telephone August 1-21 to a representative sample of 600 B.C. adults living in federal electoral districts along the Kinder Morgan pipeline route. This poll is considered accurate to +/- 3.5 percent, 19 times out of 20.

Shiloh Bouvette is a Consultant with Stratcom. For over 10 years, she has been developing and implementing campaign, fundraising and communication strategy with the not-for profit sector.